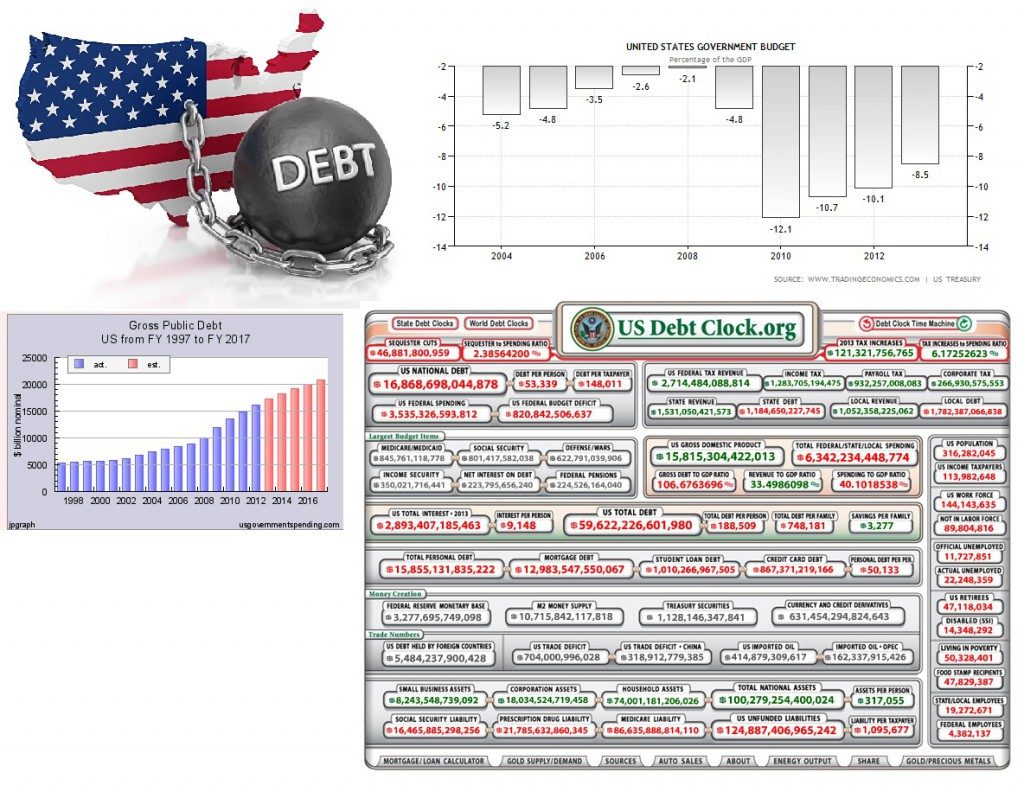 New York, July 18, 2013 — Moody’s Investors Service today moved the outlook on the Aaa government bond rating of the United States back to stable, replacing the negative outlook that has been in place since August 2011. At the same time, Moody’s also affirmed the US government’s Aaa rating.

The action reflects Moody’s assessment that the federal government’s debt trajectory is on track to meet the criteria laid out in August 2011 for a return to a stable outlook, removing the downward pressure on the rating over Moody’s outlook period.

The US budget deficits have been declining and are expected to continue to decline over the next few years. Furthermore, the growth of the US economy, which, while moderate, is currently progressing at a faster rate compared with several Aaa peers and has demonstrated a degree of resilience to major reductions in the growth of government spending. Therefore, the US government’s debt-to-GDP ratio through 2018 will demonstrate a more pronounced decline than Moody’s had anticipated when it assigned the negative outlook.

Moody’s noted that despite the more favorable fiscal outlook over the next several years, without further fiscal consolidation efforts, government deficits are anticipated to increase once again over the longer term. If left unaddressed, over time this situation could put the rating again under pressure. Such a conclusion, however, would be unlikely within the horizon referenced by the rating outlook.

The implications of this rating action for other directly and indirectly related ratings will be reported via separate press releases.

Rationale for Change in Outlook to Stable

According to the Congressional Budget Office (CBO), the budget deficit for the 2013 fiscal year is likely to decline to 4.0% of GDP from 7.0% in 2012 — a greater decline than Moody’s had anticipated in 2011 when it assigned a negative outlook.

This steep decline is being driven by previously enacted fiscal policy measures (including sequestration, as well as personal income and payroll tax increases at the beginning of the year) and a slowdown in the rate of increase in federal health care spending. The CBO’s current projections point to spending reductions of $85 billion (or 1.2%) and $77 billion (or 2.0%) on Medicare and Medicaid, respectively, over the 2014–2023 period relative to February 2013 estimates. Although the proportion of total spending on healthcare is still expected to rise to over 30% of the budget in the coming ten years, these spending reductions represent a continuation of a trend observed in recent years and will result in a significantly lower growth rate in health care spending during the current decade than was recorded in the preceding three decades.

With the reduction in the federal fiscal deficit and anticipated growth in nominal GDP, the CBO forecasts that the debt-to-GDP ratio will peak at 76% in 2014 and subsequently decline by five percentage points by 2018. The extent of the projected decline in the debt-to-GDP ratio by 2018 is in line with the criteria for a return to a stable outlook outlined by the rating agency in 2011. In particular, this pace of decline is consistent with both the budget plans put forward by the House Republicans and by the administration in 2011, but which at the time seemed unlikely to be passed or achieved.

Furthermore, the reduction in debt-to-GDP is also being driven by an economic growth trend that stands in stark contrast to the fiscal tightening and slowdown observed in other major global economies. After growing 2.3% in 2012, the US’s real GDP increased at an annual rate of 1.8% in the first quarter of 2013. Moreover, US real output was 5% above the level recorded in the first quarter of 2007, prior to the financial crisis. Although the recession at the time of the crisis was severe, the US economy has recovered more strongly than most other large, advanced economies.

For 2013, the IMF, CBO and the Blue Chip consensus forecasts put GDP growth at an average of 1.6%, 2.7% for 2014, and 3% or more for the following three years, which is close to the long-term average for the decades before the financial crisis. These forecasts of accelerating growth are supported by a lower magnitude of fiscal tightening, continued strengthening of consumption and investment, and somewhat better international economic conditions.

Although the CBO predicts a gradual upward trend for the subsequent five years, the ratio of federal debt to GDP in 2023 would still be below the 2013 level, assuming there is no further change in fiscal policy, and it could be even lower if future actions currently envisaged by the budgets of the House of Representatives, the Senate, and the administration were to be enacted.

Moody’s also noted that the US government’s Aaa rating continues to be supported by the secure status of the US dollar as a global reserve currency and of Treasury bonds and bills as global benchmark securities, which has been reinforced by the safe-haven status of dollar assets during recent periods of volatility in the European debt markets. As a result, the borrowing capacity of the US government exceeds those of other governments with similar fiscal metrics, and its vulnerability to interest rate shocks when rolling over debt is extremely low. As a consequence, the average maturity of US Treasury marketable debt of 65 months is not a rating concern, even though it is lower than the average maturity of the debt of other similarly rated governments.

Moody’s today has also changed the outlook to stable from negative on the Aaa ratings of certain US government-guaranteed bonds issued by the governments of Israel and Egypt.

WHAT COULD MOVE THE RATING — DOWN

Downward pressure on the US’s Aaa rating could develop if economic growth does not pick up and the government debt trajectory continues in an upward direction.

The main risk to the CBO baseline forecast is that real GDP growth turns out to be lower than assumed. If the 3.4% average growth rate for the 2014-18 period proves optimistic, then the level of debt and the ratio of debt to GDP look less favorable. Another risk to the forecast would be higher-than-anticipated interest rates.

Over the longer term, a rise in the fiscal deficit associate with pressure on government spending from health care and Social Security could also pressure the rating if not addressed. However, such pressure would develop beyond the medium time frame used for Moody’s rating outlooks.

Default history: No default events (on bonds or loans) have been recorded since 1983.

The principal methodology used in this rating was Sovereign Bond Ratings published in September 2008. Please see the Credit Policy page on www.moodys.com for a copy of this methodology.

The weighting of all rating factors is described in the methodology used in this rating action, if applicable.