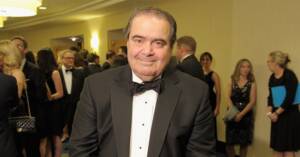 Justice Antonin Scalia, the longest serving (Roman Catholic) Justice of the US Supreme Court, passed away few hours ago. He was one of the most excellent examples of great Italian who demonstrated his skills and capabilities abroad, he was born American but with Italian parents. He was 79.

We, Italians, will never ever forget his vital contribution to the Italian Democracy when he gave a decisive support to stop the so called “Tangentopoli excesses” (this is supposed to be a pragmatic interpretation) in the mid ’90 when, invited by the newly appointed US Ambassador R. Bartholomew to a speech given to the Milan attorney general. and his team, declared that widespread utilisation of pre-trial detection orders was against basic (US) democratic principles (…).

As commented by preminent Supreme Court and Congress members, Scalia’s death is a great loss for America and, in my opinion, also for Italy.

He will be remembered as a great defender of US Constitution and basic Constitutional rights especially in regard to traditional values.

US, Italy and the world will miss him and his great if not unique juridical – conservative – approach, especially in these days when an intellectually checked and, overall, balanced approach seems necessary not only in the US but globally, our world is – sorry to say – plenty of anti-pragmatic excesses [as italian citizen I would like to add, especially in the EU].

Due to US Senate GOP owerwhelming majority, it is not expected President B. Obama will succeed in replacing him with another liberal Justice in the US Supreme Court before the end of his mandate.

We mourn the loss of Justice Scalia, and our thoughts & prayers are with his family.