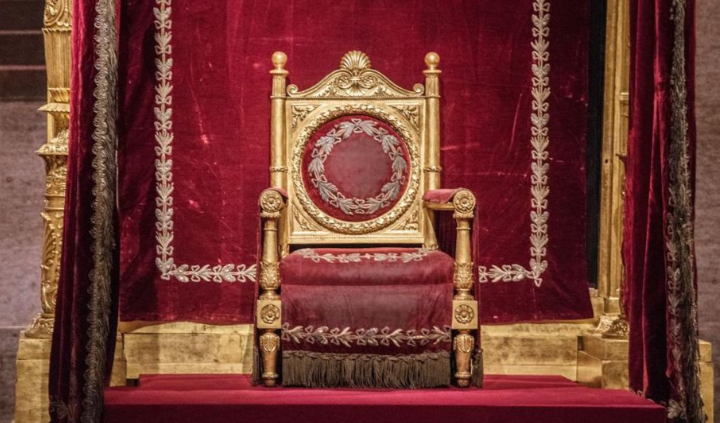 Elisabetta Casellati: the institutional card (and the seat that becomes free).

3/5
Pier Ferdinando Casini: the game of balances that can favor him.

FORMER PRESIDENTE OF THE REPUBLIC

Sergio Mattarella: the barrier of no to a second mandate was confirmed yesterday pulling the card out of the contest.

Mario Draghi: the heavy dowry of national unity
The interweaving between the Quirinale and the government is becoming a tangle that would make Schrödinger’s cat envious. If the leaders do not decide to sit around a table it will be difficult to know, until the Salad Bowl containing the votes of the Great Voters is opened, whether Mario Draghi will become the new Head of State or whether he will remain President of the Council. It does not seem to have doubts Silvio Berlusconi, who wants him to remain prime minister, but collects the correction of Giorgia Meloni, who excludes vetoes. Bringing home, the legislature, however, passes through a wide road but not easily avoidable: to maintain national unity, even if 2022 will end in any case with the election campaign for political. The pandemic and the economy suggest not going too far beyond the third vote, and the premier has the advantage of being the only one, so far, to have been able to create and lead such a variegated majority. If Draghi were to remain at Palazzo Chigi, he would have to submit his resignation to the new President of the Republic.

the most important institutional positions they have held during their career.

Elisabetta Casellati: the institutional card (and the vacant seat)
The leadership of one of the two Chambers is a respectable passport to pass the frontier of the Great Voters and be elected President of the Republic. Francesco Cossiga moved from Palazzo Madama to the Colle already on the first vote. For this reason, the possible candidacy of the president of the Senate, Maria Elisabetta Alberti Casellati, has an undoubted institutional sense. Without forgetting that it presents a not insignificant advantage: to free a box of great importance, even if the end of the legislature is just over a year away. Those who sponsor it remember that the Five Stars voted for it when it was installed. Of course, many things have changed since then, including the abrupt way in which the government alliance between the Grillini and the League was interrupted. From the Pd has emerged the opposition to converge on her, Giorgia Meloni makes no mystery of preferring Mario Draghi on the Hill. More nuanced the position of the pirate ship of Italy alive that, while seeking in the first instance other roads, has not strewn with vetoes the possible proposals of the center-right.

Pier Ferdinando Casini: the game of balances that can favor him
In the silence of the interested party, the name of Pier Ferdinando Casini is one of the most talked about names in this long race that has almost reached the finishing line. The problem, however, is that the finishing line is always moving forward, drawing more and more complicated scenarios. For now, the parties have been busy settling internal disputes rather than talking to each other, and it seems that the first votes could be based on flagship names or on a river of blank ballots. It’s a way to control big voters and the place where, underground, so many aspirations are disappointed and burned. The former Speaker of the House does not seem to be part of this first wave, hopelessly destined to be lined up in front of the gun. Salvini makes no secret of wanting to bring to the Hill a candidate openly of the center-right, but he has never hurled torpedoes against Casini. He since 2018 is a senator, elected with the support of the PD. Matteo Renzi, with his large patrol of great voters, from the beginning has made no secret of rooting for him.

Giuliano Amato: the luxury reserve has two big obstacles
Giuliano Amato is what can be defined as the reserve of the Republic par excellence. Judge of the Consulta and in predicate to become president, convinced Europeanist, great international knowledge. Esteemed by Silvio Berlusconi, excellent relations with the PD. All qualities that make it a possible natural candidate for the presidency of the Republic, combined with the unsaid, lame from the constitutional point of view, that also by virtue of age can leave the field once elected the new Parliament. Perhaps with the support of the reform that will reduce the number of deputies and senators by 345. To hinder the path a contrariety, not shouted but leaked, by the two populist forces: the Five Stars and the League. Difficult that his name can be spent in the first three calls, when a two-thirds majority will be needed to elect the head of state. But from the fourth vote, when the absolute majority of large voters will suffice, the game will become more complex and with an unwritten final.

Marta Cartabia: distant from politics, a double-edged sword
There is talk of her both as a possible president of the Republic and as helmsman of the new government, should Draghi ascend to the Colle. In any case, it would be the first time that a woman occupies one of the two high offices in Italy. Marta Cartabia has the advantage of having sought and maintained a careful distance from the internal games of politics. With her as Head of State, no one wins alone and, above all, no one loses. She is one of the candidates who would make it possible to continue on the path of national unity, guaranteeing that natural continuation of the legislature necessary to best face the pandemic and relaunch the economy with the instrument of the National Recovery and Resilience Plan. Esteemed by Sergio Mattarella, who had her as a classmate at the Constitutional Court of which she was then president, she would leave free the leadership of the Ministry of Justice. However, she is disadvantaged by the current level of non-dialogue between the leaders of the parties, still too busy in the role of tamers of the appetites within their parties.